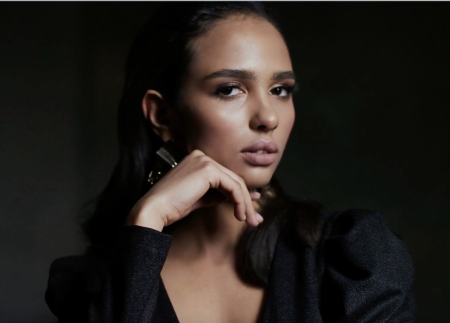 We are not separate from the universe; we are of the universe! We live in this milieu of galaxies amongst all the other residents of the universe: sun, moon, stars, planets, asteroids, comets, black holes, etc. We are also composed of the same chemical elements as the universe: water, hydrogen, nitrogen and carbon dioxide for example. Of course, we and the planets embody varying degrees of these elements which gives each its life, form and temperament but all originate from the same source.

People have different personalities as measured by the way we present ourselves with our own unique way,  we have a certain style. The celestial bodies too have personalities: the sun invites us to spend a summer day basking in the warmth of its rays, picnicking at the park, or sunbathing at the beach; the moon lights up the night setting the mood for mystery and romance while the stars reflect the twinkle in our eyes and the planets display their cosmic rhythm while dancing in the sky. All have distinct personalities and yet, we all co-exist in this vast universe.
*

People can tune in to these frequencies. We can sometimes know what kind of a mood a person is in even without that person uttering a word. We can feel the frequency, the vibe, and just know. Some people might say, “I picked up a bad vibe and kept my distance.”
*

These fields of energy, frequencies, are given off by the sun, moon and planets as well. We all know that although the moon is about 240,000 miles away from the earth, it still affects us not only by lighting up the night but additionally, with its gravitational pull. I think many of us have witnessed the huge ocean waves when the moon is full. The human body is composed of about 60-70 percent water. Wouldn’t a full moon affect us too? We also know that there would be no life on earth without the warm rays of the sun. How many times have we positioned a plant to make sure it has enough sun to grow?
*

Yes, these celestial bodies are much farther away from us than a person who gives off vibes indicating a mood. However, the celestial bodies are much larger in mass and emanate enormous amounts of electromagnetic frequencies. The ancients recognized cosmic correlations thousands of years ago from their careful observations of the sky. “As above, so below” is an axiom attributed to Hermes Trismegistus, astrologer, sage, and believed to be the author of the Emerald Tablets, one of the revered, scholarly works of antiquity where this axiom was written and has thrived for centuries.
*

The ancients understood the importance of observing these astronomical giants’ cycles and phases as their lives depended on it. Today, we depend on how hostile or friendly the seasons are as our seasons too are influenced by the cosmic climate. The Farmer’s Almanac identifies new and full moon cycles in addition to recording and predicting astronomical events, proven to be important agricultural information, utilized by many farmers for planting and harvesting crops.
*

Our very lives depend on what’s going on not only on earth but in the universe because we are of the stuff of the universe. Astrologers observe the sun, moon, stars and planets and correlate their activities with our human experiences. A practice that has prevailed with cultures all over the world for thousands and thousands of years.
*

Astrology is based on mathematical science but also interprets that science along with the frequencies, personalities, of the celestial bodies to see how they influence our lives here on earth.
*

The ancients methodically divided the sky into twelve sectors and each sector represents different parts of the human experience: personality, home and family, relationships, career to name a few along with eight more fields of human experience rounding out these twelve sectors. The ancients knew that human existence was not merely an isolated event but that all was a whole and began acknowledging our relationship with our cosmic family.
*

Here is a keyword snapshot of each of the twelve astrological signs and their astro frequencies:
*

Tune in to your Astro Frequencies!

Written by Felecia Harte for Astro Frequencies © 2019; click About Felecia to learn more!
~

For a personal astrology session with Felecia, with your special introductory rate, please email: