Lets Be The Poetry Of Life” is a state of mind to which we can all aspire! This song and video calls on us to live the poetry of life. Yes, there are challenges in life but there is also so much we can be grateful for.

There are seemingly unsurmountable challenges in life and we have seen many people who rise to meet those life challenges. Their courage serve as examples of what we too can be. However, difficulties in life are not the only things that exist. There is also love, music, poetry and all forms of aesthetics that uplifts our human spirits.

Even if there is some problem looming over us, we can choose to confront the problem but also, we can choose to look at the golden skies, listen to birds singing, turn on our favorite music or watch our favorite movie. We may decide to reach out to our family and friends. The people who care deeply about us. By choosing to do so, we lighten our burdens and raise our frequency. It’s our choice; do we only focus on problems or do we choose the poetry of life? It’s for each of us to choose.

Make life what you want it to be!

Let’s choose, “THE POETRY OF LIFE”…

“Keep It Up” Another hot production brought to you by Hartecast Music Productions! This track is definitely a groove with great vocals by none other than Tony-Award winning, Ms. Lillias White!

We have had a lot of changes all over the world because of the COVID-19 pandemic but Hartecast Music is here to make sure you still have your jams; “we got cha!”

Haven’t you ever wanted to merge with someone in a real, authentic way? Truly caring about how they feel and wanting only the best for them always!

When someone inspires this type of stirring inside you, it’s only natural that you want that person in your life. And so, at some point in time during the relationship, you let your feelings out. Usually the words that you express to that person showing how deep your feelings are, “I love you.”

The lyrics of “Baby, Come On” is about that very moment when you want to tell that special someone how you feel, deep inside. You have surrendered to those warm feelings stirring inside; you have surrendered to them with all your heart and soul. So expressing to them what you feel and totally, just seems like the natural evolution to a committed relationship.

In other words, “I got you.” No matter what storms may come for us, I want you right there with me, by my side.

“Baby, Come On” is about commitment to that very special one: the lyrics are heartfelt and the vocal performance by Ms. Harte is delivered so tenderly pulls you in the same way your heart pulls you in to that someone you care about so deeply.

Check out “Baby, Come On” video release on HartecastMusic.com’s Videocast here: http://bit.ly/38bvA5G
When you stay in touch us, you see what’s happening first, keep it locked!

By Felecia Harte for Hartecast Music, 2020

My life is your life… as human beings, we are all in this thing called life, together! What affects one, affects us all. We can make this world what we want it to be. It takes the whole of the human race to make us all whole!

Music is the reflection of our emotional lives whether we’re happy, melancholy, relaxed or in love. Hartecast Music is where you can find tunes that are in tune with life. On the SongCast page: https://hartecastmusic.com/songcast/, songs are categorized by genre and you can click on songs in various genres to hear song samples prior to downloading purchases.

Also, Hartecast Music offers Royalty Free Music: https://hartecastmusic.com/royalty-free-music-2/ where you may listen to, purchase and download the perfect song for your special projects! Hartecast Music’s vision is to connect with people all around the world in a way that stimulates, satisfies, and reaches the realms of human emotions. Hartecast Music is where music is living!

Love makes life worth living. When we have love in our lives, we are able to meet the many challenges of life.

Love makes the world more friendly, colorful and warm. Love fills our empty spaces with kindness and gentleness for others and for ourselves.

Self-love is the great love that offers us the opportunity to grow beyond ourselves. Love opens our hearts and we smile more.

We are made of the stuff of the universe. We are not made of any substance that does not exist in the whole of the cosmos; we are connected physically, biologically and electromagnetically.

As we know the universe is infinitely abundant and we can tap into the frequency of the universe and its abundance. Because we are connected to the universe, we have access to its vibrations as we go about our daily lives. But, when we focus or meditate, we intensify that connection.

Focus/meditate, align yourself with the infinite abundance of the universe that is available to all of us!

By ASTRO FREQUENCiES, May 2020

Human beings are so amazing! We can adapt to some of the harshest conditions because we are creative. Life as we knew it has virtually changed overnight. Millions have lost their jobs and even more devastating are the loved ones lost to this virus. However we are adjusting; now we live our lives accordingly, to our new environment.

There will be some who even gain from the new post COVID-19 living. Perhaps some will gain financially by inventing something that helps with our new lives, or some of us will expand emotionally by finding pleasure in spending more time with our loved ones or some of us will grow spiritually by discovering who we are at the core of our being. Maybe now you have the opportunity to begin writing that book you always wanted to write or begin an exercise routine, etc.

Just because this is a new life, a new reality, it doesn’t have to bad; it’s just different! Adaptability is the key! ~Love is Life

Feel the power of MAGNETISM for yourself: see the video here
http://bit.ly/38bvA5G

Astro Frequencies was founded by Felecia Harte, Astrologer, Writer, Publisher and Video Producer. Felecia began studying Astrology at a very early age, 10 years old, and was hooked ever since. Astrology has been her lifelong journey.

Vibe with us…”Vibing With The Universe”, Youtube video here: https://youtu.be/Lw_iQKVIwx0

“I promise to be back with some new music when the time is right and I’ve lived a little more to actually have something to write about,” he wrote

Ed Sheeran is dropping his New Year’s resolutions early. Tuesday, he announced that he’s planning to take a break from social media — and work — to “take a breather to travel, write and read. I’ll be off all social media until it’s time to come back,” he wrote on Instagram.

“The Divide era and tour changed my life in so many ways, but now it’s all over it’s time to go out and see more of the world,” he wrote. “I promise to be back with some new music when the time is right and I’ve lived a little more to actually have something to write about.”

Sheeran has been going hard since releasing Divide In 207, which boasted a Number One hit, “Shape of You.” The album’s 2018 tour also earned more than any global jaunt in the past 30 years, as of that year. At the time, the tour sold 4,860,482 tickets across 53 cities and 94 shows for an all-time record gross of $432 million.

Sheeran took a similar break after winning the Grammy for Song of the Year in 2016 for “Thinking Out Loud,” off 2014’s Multiply. In a previous interview with Rolling Stone, Sheeran detailed how he skipped the various afterparties and hopped a plane to Iceland, then rural Japan, to “eat weird food, soak in the hot springs and ski,” he said. At the time, Elton John — who signed the singer to his management company in 2011 — told Rolling Stone that Sheeran’s travels “refreshed his soul.” 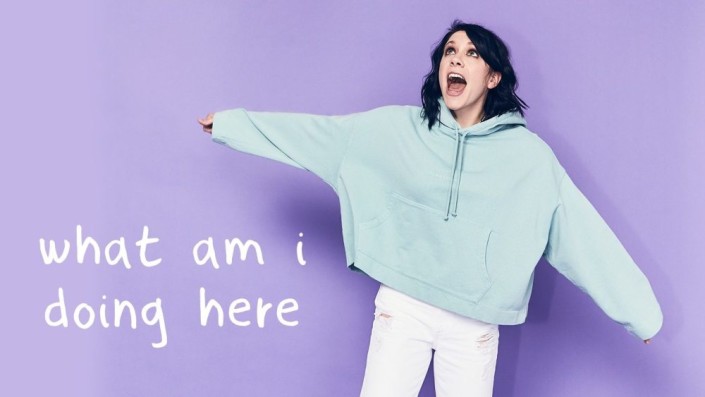 What Is a Microcast, and Why Do You Need One?

One of the biggest stories in technology and music is the proliferation of smart speakers — there are an estimated 100 million of them in homes at the moment, and the No. 1 use for these devices is listening to music. Along with automotive voice devices, smart speakers are proliferating even faster than smartphones did a decade ago. Ownership grew 78% just last year, and the technology is expected to be in 75% of households by the end of 2020, according to Inside Radio. Every mobile phone is voice-enabled. Anyone with a smart speaker and a 6-year old can see a future in which voice interfaces will supplement — and in some cases replace — screen interfaces.

Concurrently, one of the biggest stories in content is the maturation of podcasting and the adoption of podcasts into the streaming services. Podcasts were heard in over 60 million households last year. Spotify’s recent announcement that users can integrate podcasts into their playlists is a big leap forward to reach listeners with audio content.

As these trends converge, there is a huge opportunity for the music and entertainment industries who have rosters of talent available that know how to tell engaging stories, and people who want to hear what they have to say.

Between smart speakers, podcast platforms, and DSPs, potential audiences for podcasts number in the tens of millions: That’s a massive addressable audience. But there is still a huge question that the industry needs to confront: How will fans connect with artists when there is no screen to look at — no lyrics, Instagram posts, or album covers? Conversely, how do artists talk with their fans, create community, and maintain a daily or weekly connection in a Voice environment?

Enter the Microcast. It’s a mini-podcast designed for distribution across multiple media, including smart speakers, podcast apps, and now, even Spotify playlists. Its length (7-10 minutes) and its content are uniquely optimized for use on all of these platforms, distinguishing it from ordinary Voice skills and podcasts.

My company, PopCult Worldwide specializes in delivering these short-form contextual content pieces for recording artists, and we found a great partner to showcase the format with the multi-talented K.Flay and her label Interscope.

Every week, K.Flay, aided by her producer, my partner, Dennis Scheyer, releases one of these 7-10 minute gems under the title “what am i doing here.” The subject matter varies, from interviews with other artists to musings on how airports turn us all into animals to canned goods (really!). She records wherever she happens to be, and sends it to Dennis. Then every Wednesday, there is a new release exclusively on Alexa and Google Home. Viewers say “Open K.Flay show” and hear K.Flay talk to them each week. It’s available on YouTube a week later, and we will be releasing the series as a conventional podcast later this year.

The Microcast is a perfect medium for frequent communications: It’s short, multiplatform, relatively inexpensive to produce and easily works into how fans want to listen. It’s great for musicians, but actors or musicians could conceivably use it build attention around a current project, film or album — extending their reach onto an audio platform where the visual content won’t translate.

Having spent over a decade in digital marketing, the idea of a marketing tool that had all the above attributes and also could generate revenue was a holy grail. Well, it’s time to saddle up and chase that grail, because artists have followings that podcasters are eager to help you monetize.

Lars Murray, a former executive at Pandora and Sony Music, is co-founder of PopCult WorldWide and Voxally.
Variety Oct, 2019