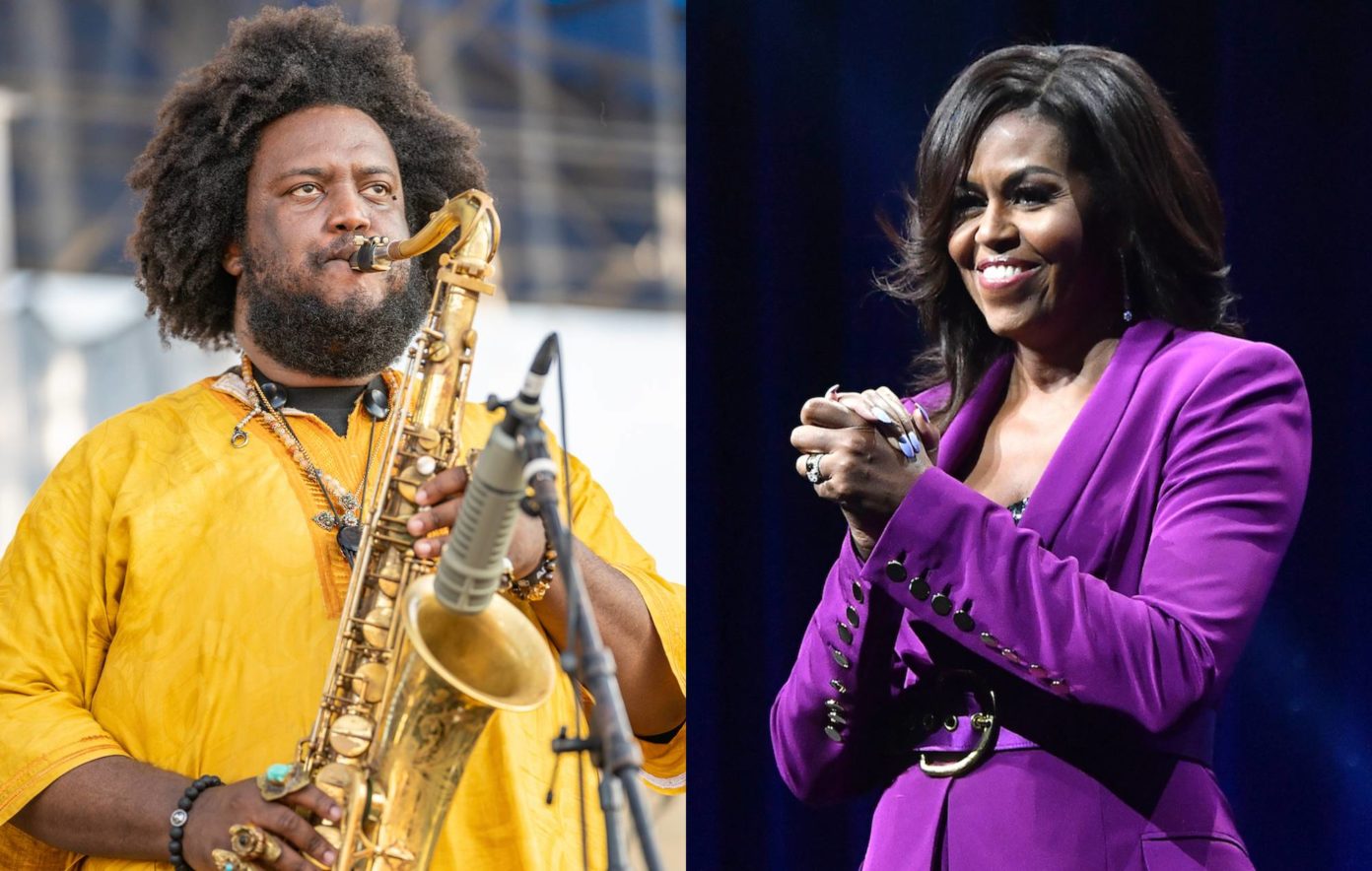 “Working with Kamasi Washington on the musical score for ‘Becoming’ was a dream come true,” the show’s director Nadia Hallgre said of the collaboration. “Not only is Kamasi a masterful musician, he also has a unique sensitivity that he pours into his music. His music reaches deeply into your soul.

“Mrs. Obama loves music, and when I read the line in her book ‘And heaven, as I envisioned it, had to be a place full of jazz,’ I knew immediately Kamasi was the artist that could interpret her experience musically. His sound is contemporary and timeless, a magical fit to her story.”

The full soundtrack for Becoming will come out next week (May 15) via Young Turks.

Speaking of the creation of the soundtrack, Washington said: “It was such an honor to work on Becoming – a beautiful documentary film that sheds light into the life of our remarkable former First Lady Michelle Obama.
Working w/ the incredible director Nadia Hallgren to create the musical score for this amazing piece was truly a blessing.”

He added: “Barack & Michelle Obama’s time as President & First Lady had a profound impact on the history of this country & the world. This film gives a unique insight into that impact. Hope you all enjoy it! If you dig the music we’re gonna release a soundtrack for the film on May 15th!!”

Washington also recently scored the finale of long-running HBO drama Homeland. He released his most recent album, ‘Heaven and Earth’, back in 2018.

Speaking of the double-album release, the artist said: “This idea inspired me to make this album ‘Heaven & Earth’. The reality we experience is a mere creation of our consciousness, but our consciousness creates this reality
based on those very same experiences.