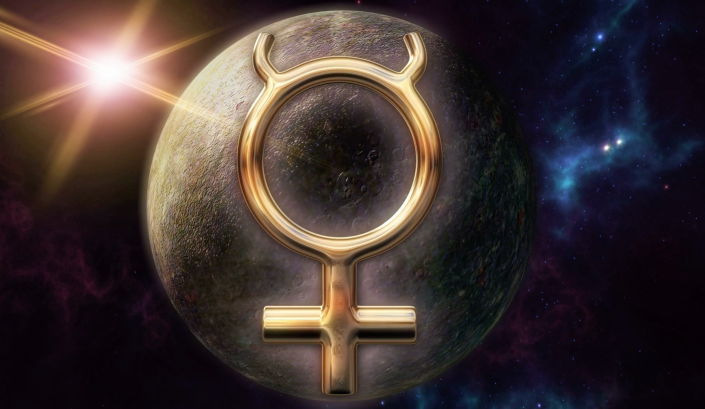 I am writing this when we are at the very beginning of a Mercury Rx, actually Mercury is stationing retrograde right now. About a week ago, I was investigating Mercury’s orbit. I was looking at the fact that Mercury retrogrades about every 116 days and how its cycle plays out.

Yes, we astrologers know what we tell our clients, students about Mercury retrograde: a time to re-evaluate, re-do, re-visit, and re-think amongst other “re-s”. Mercury retrograde is a time of reflection when we re-assess our projects, actions, relationships. We reflect on where we are in life and what we can do to make things better. We could be doing things very well and in that case, we can reflect on what we have done to attain success and what needs to be implemented to sustain our success.

We can also reflect on what is not going as expected and decide what modifications need to be made. At any rate, it is a time to see what is working and what is not. Our western culture is so busy but we really do need these “time outs”. Just as we take breaks during work on our nine to fives or vacations during the year, we do need time to just be with ourselves, our thoughts and Mercury aids in this break.

Those of us in tune with Astrology are aware of these times and can go with the flow. As Astrologers, we know about Mercury retrograde’s influence but I wanted to delve deeper into the actual mathematical facts about its cycle.

So in the middle of Mercury’s retrograde cycle, it begins its inferior conjunction and then about a week after it goes direct, its superior conjunction commences. Mercury and Venus are inferior planets and are so named because they orbit within earth’s orbit. During the inferior conjunction, Mercury, the earth and sun are all in alignment. When Mercury is in its inferior conjunction, it is closest to the earth. Many Astrologers have suggested this proximity to earth is why there tends to be miscommunication problems during Mercury retrograde as this proximity to earth subjects Mercury to earth’s influence impeding its own free flowing frequencies; thus, it is difficult to tune in to Mercury’s frequency because it receives interference from earth just as one radio station’s signal might impede the signal of another.

When Mercury enters its superior conjunction, about a week after it goes direct, it is now traveling faster than 1 degree per day now faster than the sun and is heading toward its normal speed of 2 plus degrees per day. At superior conjunction, Mercury is on the other side of the sun farthest away from the earth and sun. This phase seems similar to the full moon and would represent Mercury at its most liberated: away from the earth and in a superior position to the sun.

At this superior position, it would seem that Mercury would be free to really tune in, download information from the cosmos without interference, that information would come in loud and clear and could be passed on to natives like a direct current. Of course, sign and aspects would need to be considered but just purely from his superior perch, his communication would seem to be unfettered!

When reviewing a chart, it would probably be helpful to see what phase the cycle is in when the native was born. If by chance natally or by transit, the native has great aspects to Mercury and is superior conjunction, this could be a most auspicious aspect for communication, commerce, media and things associated with Mercury.

It is in the Mercury Rx cycle that mercury is “reborn”, inferior conjunction, which is likened to a new moon. Once it apexes at its superior conjunction, “full moon”, it begins its waning cycle. However, it is during this period until it reaches its shadow period, the degrees it traverses three times, that Mercury moves its fastest and is believed by many Astrologers to be the period when it is “safe” to initiate businesses, contracts, etc. But after the superior conjunction, during this fast moving phase is the waning phase.

Perhaps the strongest period of Mercury is about a week after it goes direct, superior conjunction, but before it returns to its two plus degree movement per day? This is not to say that this faster moving period is not beneficial but to reap the purest Mercury results, shouldn’t we make the most of the days surrounding the start of the superior phase to reap maximum Mercury outcomes while continuing to be cautious during its shadow period ending just prior to it retrograding? Definitely something to think about.

Its inferior conjunction begins the Mercury retrograde cycle in the middle of the retrograde cycle. The fact that this planet of communication begins its cycle at midpoint in its retrograde period, is significant perhaps emphasizing the need to think before speaking. We all know how powerful words and thoughts are. We sometimes speak before we think and unleash harsh, hurtful words unto others which later we may regret but once spoken and heard by others, words cannot be unspoken. Of course, we can apologize for hurtful words but the words themselves can never be unspoken.

The fact that Mercury begins its cycle here reminds us to be careful of what we say. In fact, Mercury retrograde is a time of reflection and supports our need to reflect not only on our projects, commerce and outward activities but on what and how we think. Thoughts proceed words.

This inferior conjunction occurs midway between Mercury station retrograde and Mercury station direct. This position perfectly cradles the connection between past and future thoughts somewhat like the Roman god, Janus, who could see forwards and backwards at the same time!

Some of us are thought to have a propensity for right brain affairs and others to have more of a propensity for left brain affairs however, the normal functioning brain has access to both! This is where the Mercury retrograde period comes to the forefront. Because it’s here that we have the opportunity to re-trace our steps, patterns of thought, actions and communications readying ourselves for improving future matters of Mercury’s domain.

Mercury retrograde actually gives us a quantity of time that we can utilize to ponder the quality of our patterns of thought, actions and communications. Right in the very middle of Mercury retrograde, lies a very important event, the inferior conjunction, that can open us up to a myriad of possibilities perhaps answering some of life’s most challenging perplexities. The astrological sign and house positions serve to enhance the focus.

Mercury retrogrades occur more than any other planet, about three times per year. Maybe this is so because it is needed. These periods of re-thinking, re-adjusting, re-doing are invaluable if approached and utilized in their most beneficial way.

In our society, we are always on the go working towards some goal but maybe, just maybe, following our friend’s, Mercury, natural rhythm even with its retrograde periods of reflection, may get us to where we want to go faster and more efficiently.