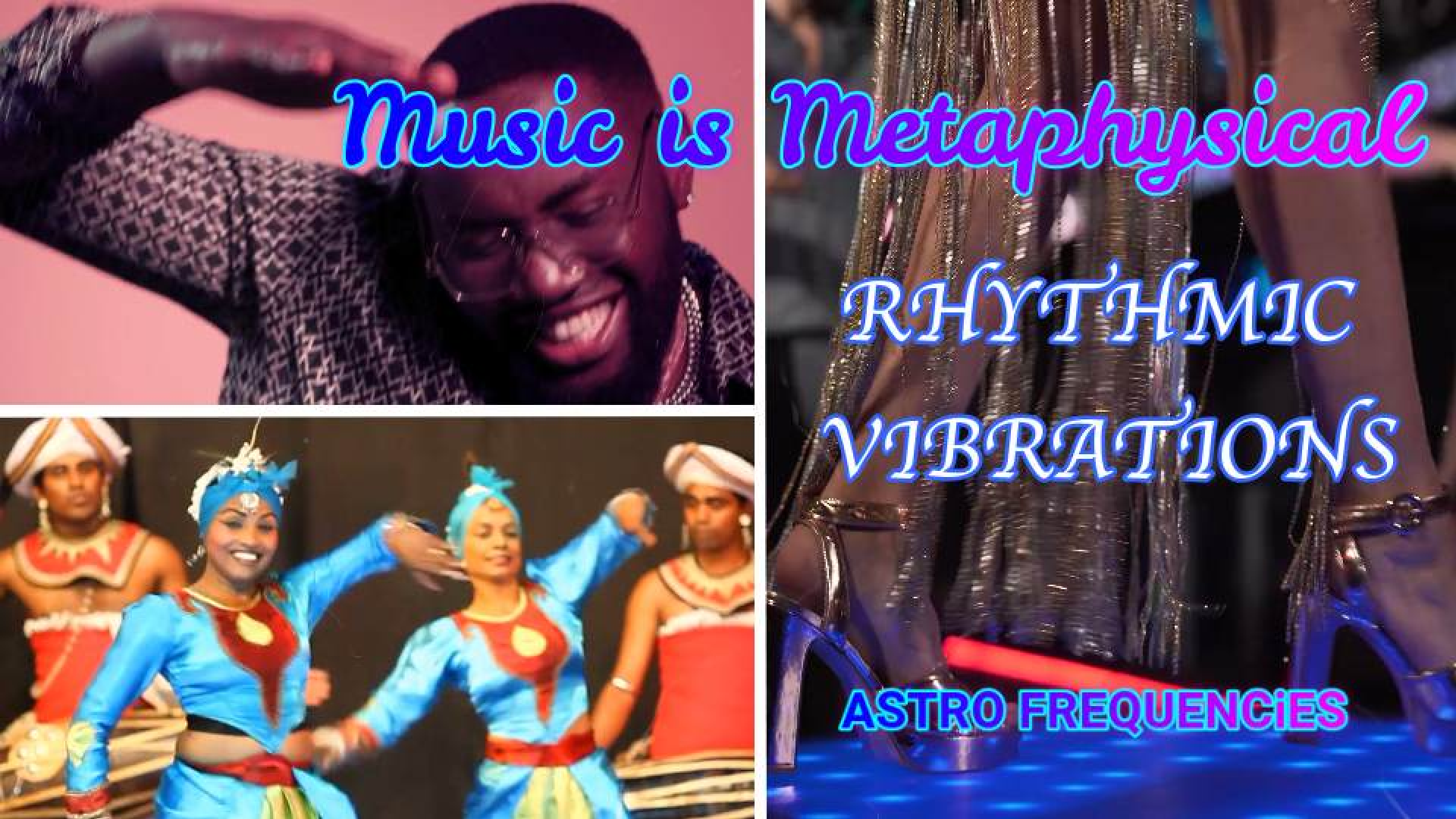 Rhythmic Vibrations reverberate throughout the cosmos…

It’s back! we have received multiple requests to bring back the “MUSIC iS Metaphysical Series! Your wish is my command!

This segment of the series is called, “Rhythmic Vibrations”. We are surrounded by vibrations/frequencies everyday: ones that we are consciously aware of such as cars, TVs, radios, cellphones, people talking and moving about, dogs barking, etc.

However, there are subtle electromagnetic frequencies (EMF) that we are not consciously aware of such as EMFs from planets and other people. These frequencies affect us and we may sense them but we may not be able to actually identify them as easily as the intrusive noises we face especially in big urban cities.

And then there is music. Music has been called the ‘universal language” because we all understand the emotion of music even if we don’t speak the native language of the recorded music.

Music is a set of tones vibrating at certain frequencies. We choose music based on our moods whether we are sad, happy or just chillin’. As a matter of fact, there is a genre of music called, ‘chill music’. Dance music makes us want to move as its gyrating rhythm causes us to want to gyrate ourselves. We don’t even have to think about it. We may just find ourselves snapping our fingers, tapping our feet or singing along with a song.

“Rhythmic Vibrations” is about how people all over the world capture the moods of the music in their own particular self expression; your individual rhythmic vibrations are cosmic vibrations that reverberate infinitely
~from the Harte 🤜🏽⚡🤛🏽

Stay tuned to your ASTRO FREQUENCiES…

For more ASTRO FREQUENCiES videos on YouTube, check out our YT channel: https://www.youtube.com/c/ASTROFREQUENCiES