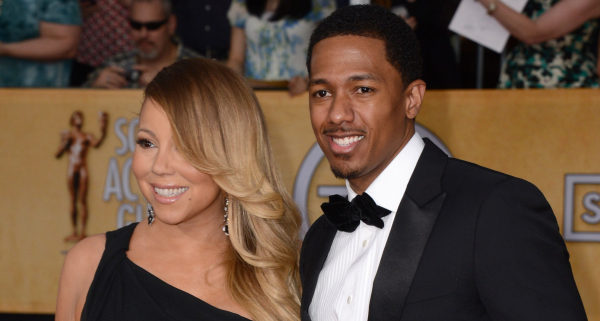 Nick Cannon has wanted to work in entertainment ever since his imagination was sparked as a kid by the madcap poems of Shel Silverstein and the stories of Judy Blume. But he has never wanted to be famous.

“I’m not one of those people who have fans — that fantastical-level fandemonium type of thing,” Cannon said. “There may be people who are fans of aspects of my career, or certain projects. But I don’t have fans. I’ve never approached it as wanting that level of admiration.”

Cannon got a first-hand look at the high price of fame during his marriage to pop superstar Mariah Carey. The two surprised friends and family members by tying the knot in April 2008 after a weeks-long courtship. They separated in 2014 and formally divorced in 2016. The pair are still connected as devoted parents to 9-year-old twins, daughter Monroe and son Moroccan.

From the start, Cannon knew that Carey would always command the spotlight. As focused as he was in building his career, Cannon understood that his role while in her orbit would be carefully proscribed.

“I always used to say it worked so well because it was a healthy balance,” he said. “I had no problem falling back. It was never a competition with me. It was like ‘I’ll turn mine off so she can turn hers on.’ ” I was comfortable in myself and who I was.”

Friends and colleagues say Cannon’s dedication to Carey and respect for the demands of her career were evident during the years they were together.

“When she was around, he knew it had to always be all about her,” said a longtime business associate. “He did that incredibly elegantly.”

Cannon said he and Carey took a leap of faith in getting married but were also realistic about the nature of the relationship.

“I can’t ever remember us having arguments and there being negative energy of ‘This isn’t working’ and all of that stuff. We had very sensible conversations,” Cannon said.

At the time they met, both had been through many ups and downs in romantic relationships, so they approached the prospect of coupling in an unusual way.

“We were both at this place where relationships really aren’t our thing but we like each other,” Cannon recalled. “We talked everything out. What if this and what if that. We talked about how much fun it would be if we just got married three weeks into knowing each other. It was more that whimsical fantasy idea of let’s have as much fun as we possibly can and when it no longer feels like fun, when it feels like a task and a job, then we should amicably be able to move on.”

When the twins were born in 2011, that made everything “more amazing,” Cannon said. Although the relationship ended a few years later, the need to be there for their children has kept Cannon and Carey close.

Cannon stressed that the issue of whose star was rising or falling was never a source of tension for them nor a factor in their split.

“My ego outside the house was grand but in the house it was healthy. I was there to be in support of whatever she wanted to do,” he said. “I mean, it’s Mariah Carey. How am I supposed to be? She’s one of the most talented women to ever this planet. I can’t hold a candle to that woman.”