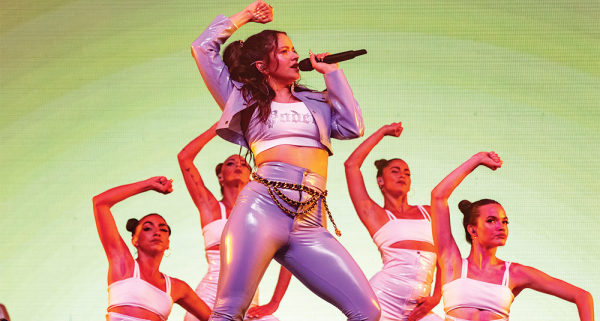 Billie Eilish has collaborated with artists ranging from Vince Staples and Khalid to Justin Bieber, but two of the most tantalizing collaborations she’s done — rising Spanish singer Rosalia and Canadian-Colombian artist Jessie Reyez — have yet to see the light of day.

While the Reyez collaboration Eilish detailed to Variety last fall did not appear on Reyez’s excellent new album, “Before Love Came to Kill Us,” Rosalia provided an update on her collaboration with Billie and her brother-cowriter/producer Finneas — which was first revealed in a Rolling Stone interview back in June — on Beats 1 in an interview airing today.

Rosalia, who is currently sheltering in place in Miami, spoke of the ways she’s been filling her quarantine time.

“I feel like there’s so many things going on it’s hard to focus, but at the same time I feel blessed that I’m at home, that I’m safe, and that I can make music and I have all this time,” she says. “I have this little studio here in one room. I have the basics like a midi keyboard, a computer, a mic, and I try to do all the vocal production for the next record.

“During these two last weeks I have been trying to finish the Billie Eilish collab,” she continues. “I think it’s getting quite closer. I think that the arrangements, I think that yesterday I finished the arrangements. I feel like the production, the sound design, is almost done, so I just need that Billie maybe sends the vocals and they send me the ideas that they want to add because we are there.”

Rosalia, who has released a series of singles following her breakthrough 2018 album “El Mal Querer,” also said she nearly released a collaboration with Travis Scott last month. Rosalia guested on Scott’s “Highest in the Room” last year, but this is a different, “super aggressive” track.